This was generally an illusion of course. Candidates for elected office were chosen in the back rooms and they listened to the largest campaign contributors. For a very long time the McCain/Feingold Act, regulating campaign contributions, appeared to a certain extent to level the playing field. There are a few elected officials who actually do represent the interests of the broad numbers of the American people, e.g. Sen. Elizabeth Warren (D-MA); Rep. Alan Grayson (9th Dist. Fl); Rep. Tammy Duckworth (D-8th Dist. IL) and of course, Sen. Bernie Sanders (I. VT). The fact that there are so few should be disheartening to anyone who would like to see this nation succeed even at least as an illusion of a representative democracy.

With the decision of the United States Supreme Court in the infamous “Citizens United” decision, that illusion is gone. Now wealthy corporations can pour unlimited amounts of funds into campaign expenditures. While as yet they can’t give unlimited funds directly to candidates (that bribery is I guess a little too blatant so far) it’s only a short matter of time, I suspect, before the issue comes squarely before the Supreme Court, and if they remain consistent with their Citizens United decision, the Court will likely rule that unlimited campaign contributions to candidates likewise is protected by the First Amendment. Wealth=speech.

Until the decision in Citizens United, there was still an illusion of a level playing field. There was a possibility of progressive candidates being elected and not only the interests of the 1% being enacted into law. Now, wealthy donors like the Koch Brothers, Art Pope (called the third Koch Brother and mostly known here in North Carolina), Karl Rove and a few others are able to overwhelm people’s candidates with their money and media control. It’s possible to get a few people’s candidates elected, witness the elected representatives noted above, Elizabeth Warren, etc., but even their campaigns can be drowned out by the non-stop McAdvertising that the wealthy can buy.

We were taught in school that the primary cause of the War of Independence was that the colonists were being taxed without being represented in Parliament. Not having any say in how taxes were being collected and used, the colonists should have no obligation to pay same. The issue today is, however, having little or no representation in government, as to how laws are made or policies executed, does the ordinary citizen have any obligation to obey the law–any law? What stake does the ordinary American have in seeing this system continue as it is?

President Obama, with all due respect, is to a large part playing the same roll as FDR did during the Depression. FDR was essentially a buffer against socialist revolution in America. WWII was the best thing that could have happened to the American economy at the time. It only worked, however, as long as Congress and eventually the Supreme Court stopped obstructing his initiatives to make the lives of ordinary Americans better. Congress and the courts aren’t even trying to do that this time, with the exception of the Affordable Care Act decision. The mask of democracy has finally been ripped off the face of rampant and rapacious corporatism.

There are still possibilities of working within the system to elect true representatives. For what we don’t have in wealth we can compensate with wit, ingenuity and having feet on the streets to register voters and get out the vote. It’s hard, long and exhausting work. With the dumbing down of the educational system since the end of the Vietnam War, I, for one, would not like to see a second Civil War in America. The bloodshed between progressives and the idiots who think they’ve actually got a stake in the system would sow the seeds of destruction of any hope of creating the evolution of this country into a modern society where all can share its wealth.

We’ll never be able to match them with money, but we clearly over-match them with wits, energy and perseverance. If money does win the day, however, and the federal and state governments reflect a new version of modern day fascism, then it’s time for us to take off the gloves. 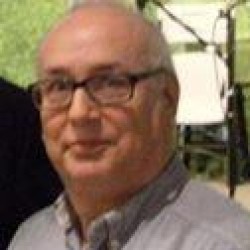