More Reasons Not to Support Hillary’s Bid for the Nomination 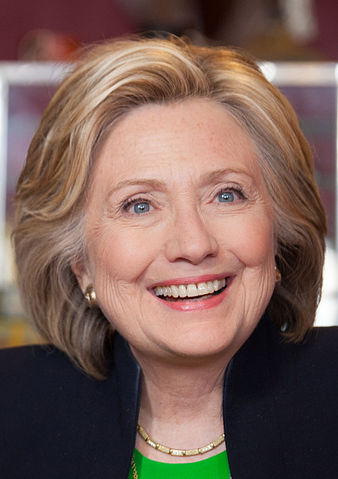 If Hillary’s connections with Wall Street bankers and her vote to help Bush find the phantom “weapons of mass destruction” isn’t enough to dissuade you from supporting her in the primary race, then here are some more reasons buried in her history.

We’ll start with her years as First Lady.

During her husband’s run for the White House back in ’92, a central campaign issue was healthcare reform. Indeed, during his acceptance speech at the Democratic National Convention that year, he brought up healthcare reform at least three times:

Many of us, myself included, voted for him because we believed that he was so committed to health care reform that he’d see it through — even if it took him all of his time in office to do so.

But here’s how that ended up, in case you’re too young to remember:

Soon after taking office in 1993, President Clinton established a Task Force on National Health Care Reform headed by Hillary. Long story short, the usual suspects (conservatives, libertarians, and the health insurance industry) campaigned heavily against the plan that the task force came up with, and in 1994 the plan was declared dead by Democratic Senate Majority Leader George J. Mitchell.

That was not unexpected by pro healthcare reform Clinton supporters, because we knew this was going to be a difficult fight. What was unexpected was Clinton’s response, which was to roll over and play dead. Many of us, again including me, thought that Mr. Clinton would pick himself up off the floor, dust himself off and come back with another bid — and another and another, if needed. After all, he’d made it seem as if he absolutely wouldn’t rest until all Americans had access to affordable healthcare when we was vying to get elected.

Also during the Clintons’ administration, the “war on drugs” soared, prompting High Times to report in February, 2001:

“When Bill Clinton took office in January 1993, the violent crack epidemic of the late 1980s was already subsiding. Nonetheless, the galloping expansion of police powers and the prison system didn’t skip a beat, and law enforcement shifted to a new emphasis on marijuana. When Clinton entered office, the prison population-local, state and federal-was about 1.3 million. As he leaves, that number has ballooned to over 2 million, the highest rate of incarceration-as well as the highest total number behind bars-in a democratic state in the history of the world.

“Nearly 60% of federal and 25% of state prisoners are incarcerated for nonviolent drug offenses. Hundreds of new prisons have been built to accommodate them, giving rise to a prison-industrial complex that defies imagination. New drug courts and judges have been added to state and federal rosters; 100,000 new police, with their attendant paraphernalia-guns, cruisers, station houses and adjunct non- uniformed personnel-have been hired to search out small-time drug users; tens of thousands of jail and prison guards have been added to state and federal payrolls. There has not been such a boon to public construction since the Works Progress Administration of the 1930s. Our military and Drug Enforcement Administration forces overseas have exponentially expanded as well, particularly in Latin America. All of this has been an enormous help to booming Clinton’s economy. The strategy was brilliantly devised: Increase incarceration by three- quarters of a million, add a couple of million workers to create and maintain the prison infrastructure, and voila! Lower unemployment and a healthier economy. And to help pay for it all, the Feds and states used a tool that became available only a few years before Clinton’s inauguration: forfeiture.”

Although true that these are examples of her husband’s time in office, Hillary gained her political skills from watching her husband at work, both as governor of Arkansas and as POTUS.

On her own and without her husband’s help, she’s exhibited bad judgement on numerous occasions, such as the already mentioned vote to support Bush’s invasion of Iraq. Just as damning, but without the consequences to our nation, were some of her actions during her first run for the presidency back in 2008, most notably when she famously “misspoke” about having to evade sniper fire when she was visiting Bosnia in 1996 as First Lady — a little lie that blew up in her face.

The problem with this lie is that it shows a massive personality flaw. There was no reason for the lie, because even if she’d gotten away with it and the lie had gone undetected, it would have gained her nothing. As it was, it cost her dearly.