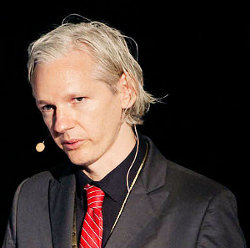 Editor’s Note: This video makes a well told powerful statement of truth. Although this video has been avaliable on YouTube since 2009, we feel it…

The Rich & Taxes: A Post-Modern Myth

To hear the conservatives tell it, our economy will nosedive if the rich are required to pay an iota in taxes more than they do now. Indeed, we are led to understand the rich already pay more than their fair share, that their taxes need to be lowered so the middle class and the poor can shoulder more of the burden.

It’s understandable why folks under 30 might believe this argument. If the tax rate on the rich, defined by the Obama administration as those earning more than $250,000, is rolled back to nearly 40%, the rich just might not have the money to invest in businesses and create the jobs our country so badly needs. Never mind the fact that the rich aren’t investing in businesses and creating jobs anyway, even though the tax rate for high rollers is historically low.

The Government We Deserve

Lincoln didn’t tell us the whole truth when he said, “…you cannot fool all of the people all the time.” What he didn’t say, perhaps because it didn’t occur to him, was that you can fool a majority of the people all of the time, especially in the age of television and now, the Internet. Unfortunately, a majority is all that matters in a democracy. Democratically speaking, four sane people and six psychotic sickos means rule by the insane. Governments in the United States have been operating on this principle for quite a while now.

Over the last six decades, since the onset of the post World War II economic boom and the beginning of television on a mass scale, we’ve become a nation in which six out of ten of us believes we can find happiness through owning things. We’ve become materialistic on a scale never before seen in human history. All of our inner turmoils are solvable through ownership. Happiness comes from purchasing a new car, a new set of clothes, or the newest most cutting edge technological item.

About a year ago, we quit publishing here at If This Be Treason. Well, we’re back, with a vengeance. From here on we’re going to…